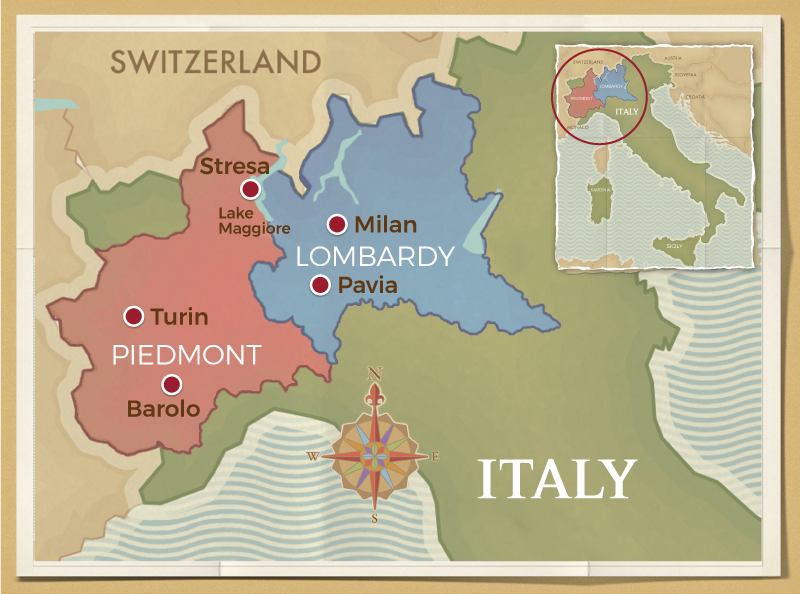 The tour operator for all Anatomia Italiana programs is Exclusively Italian. 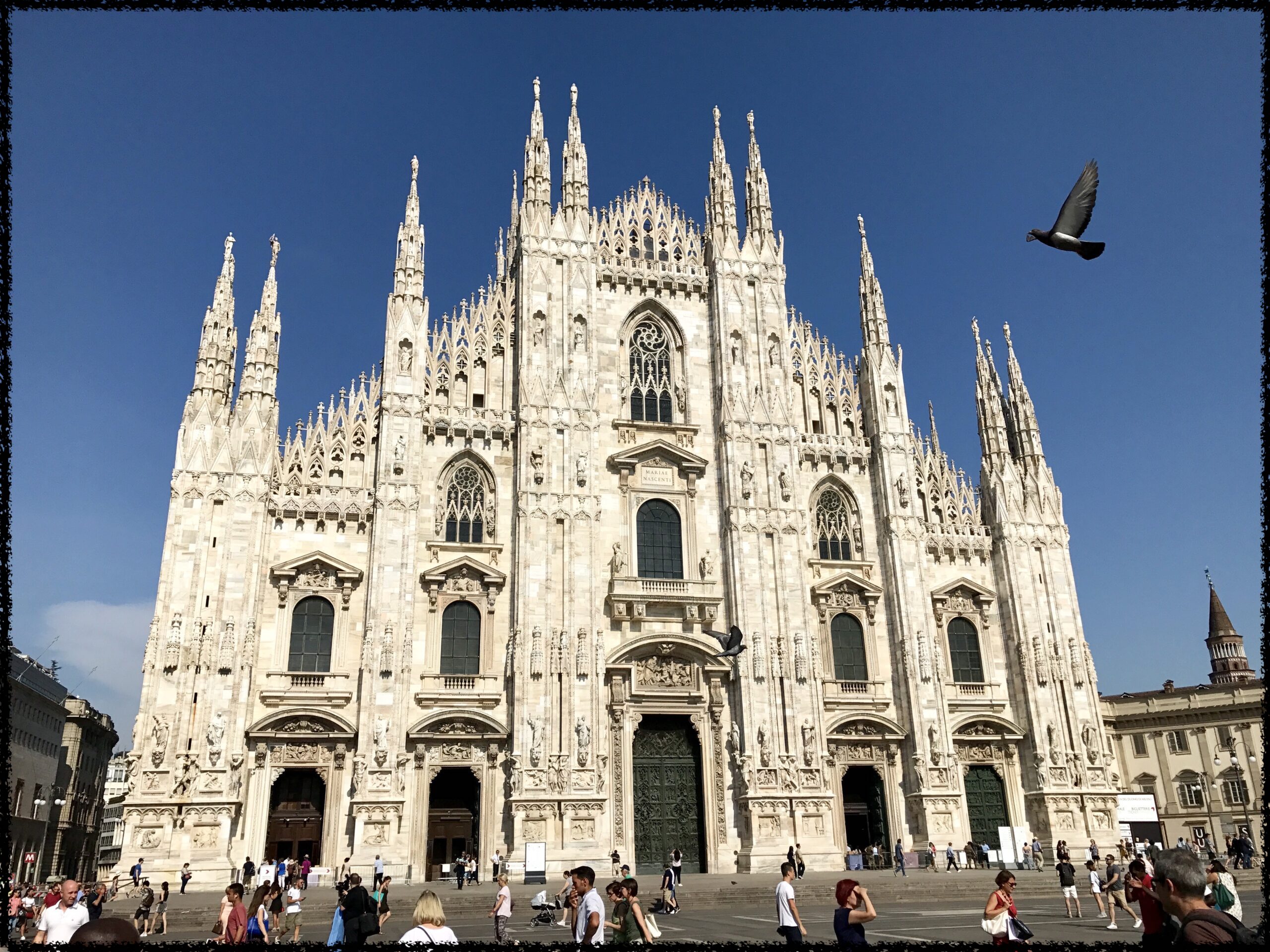 Anatomia Italiana is thrilled to offer its fourth European program exploring the Connection Between Art and Anatomy! This entirely new itinerary, Anatomia Italiana del Nord (meaning “of the North”) visits Milan, Pavia, Turin, and Stresa on the shores of Lake Maggiore, along with the castles and vineyards of the Lombardy and Piedmont countryside. 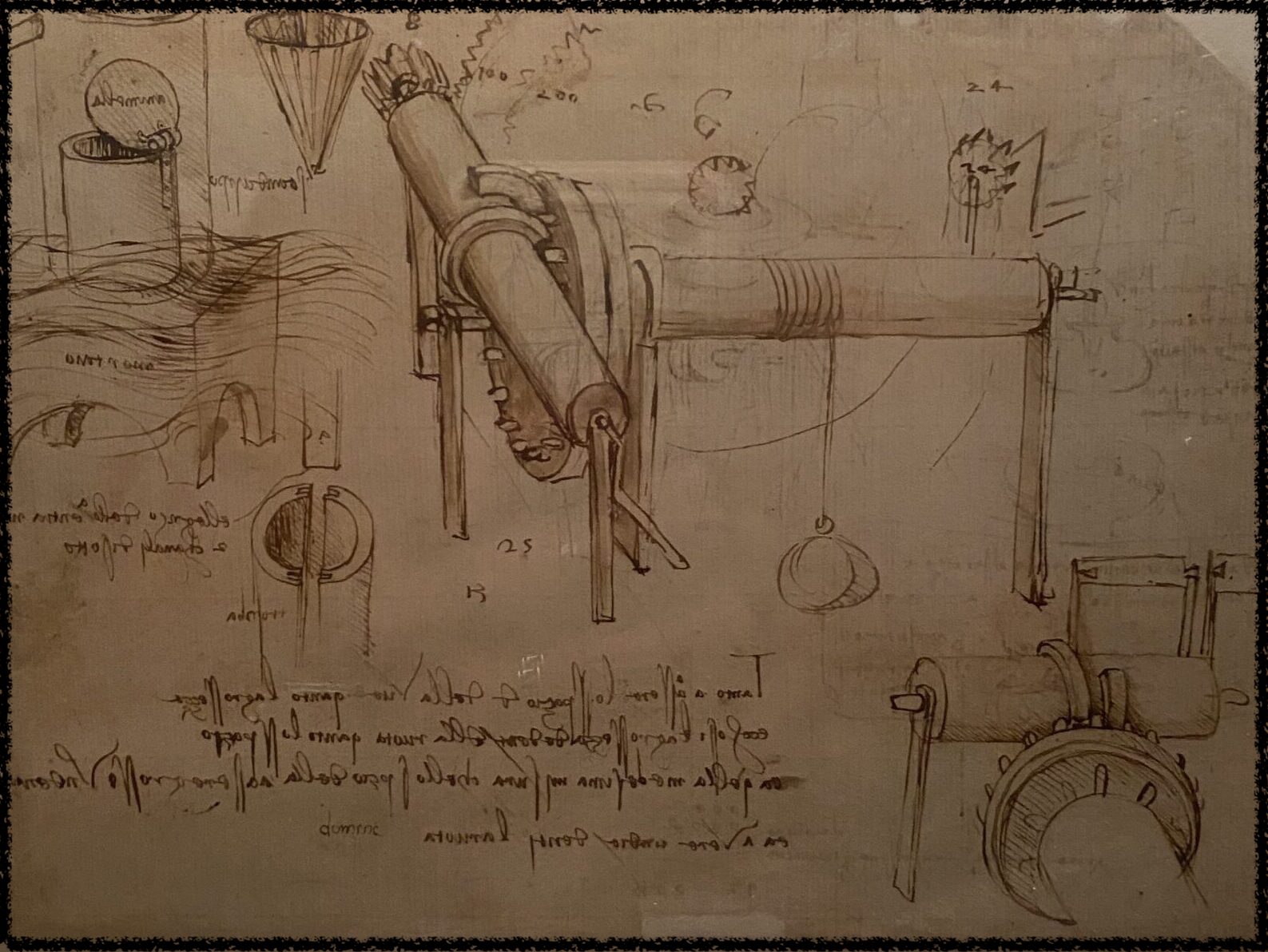 Anatomia Italiana del Nord begins in Milan, capital of the Lombardy region, second most populated city in Italy, an economic powerhouse, and one of the world’s fashion capitals, rich in art and history. The program examines Leonardo’s Last Supper, and his Codex Atlanticus, a collection of over 1,800 sheets of drawings about everything from geometry to flight to ingenious mechanical inventions, each rendered by The Master himself. Housed in the library of the Pinacoteca Ambrosiana, every few months a new selection of several dozen sheets are exhibited. These drawings are a window into Leonardo’s mind, as they are his personal notes, reflecting his process of rumination and creativity. Experience the awe of examining Leonardo’s renderings, with your eyes just inches from the pages that touched his hands. We can only guess which sheets will be on display in Summer 2023! 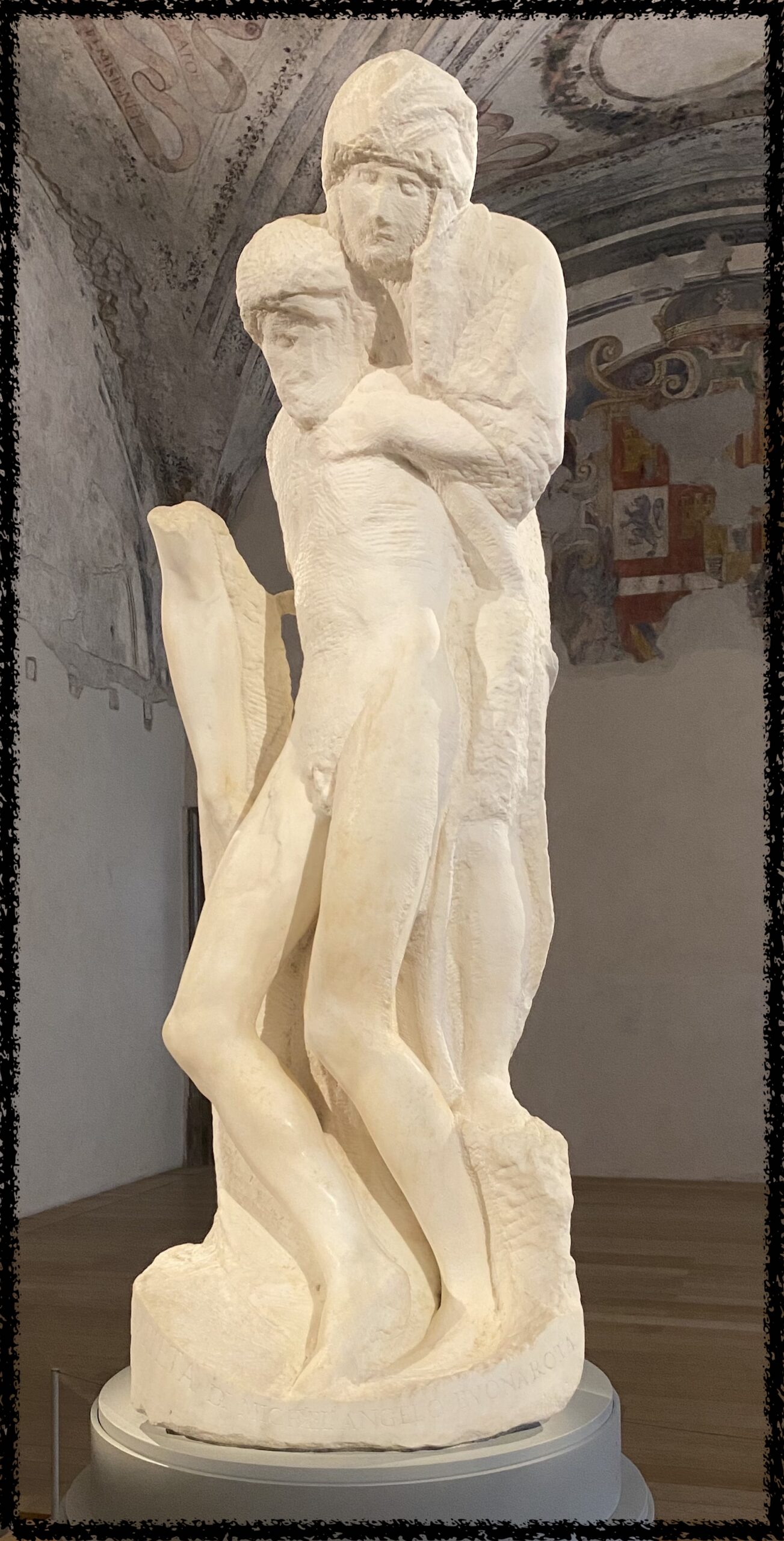 Milan also boasts Michelangelo’s unfinished Rondanini Pietà, his last sculpture, carving it up to his final days on this earth. Exhibited in Sforza Castle, this emotionally moving masterpiece depicts the bodies of Jesus and Mary fused into a single figure. Mother and Son are one as she cradles his lifeless body. Mary appears to be attempting to give her Son life as she did on the day he was born, from the positioning of Jesus as if he is exiting his mother’s womb. 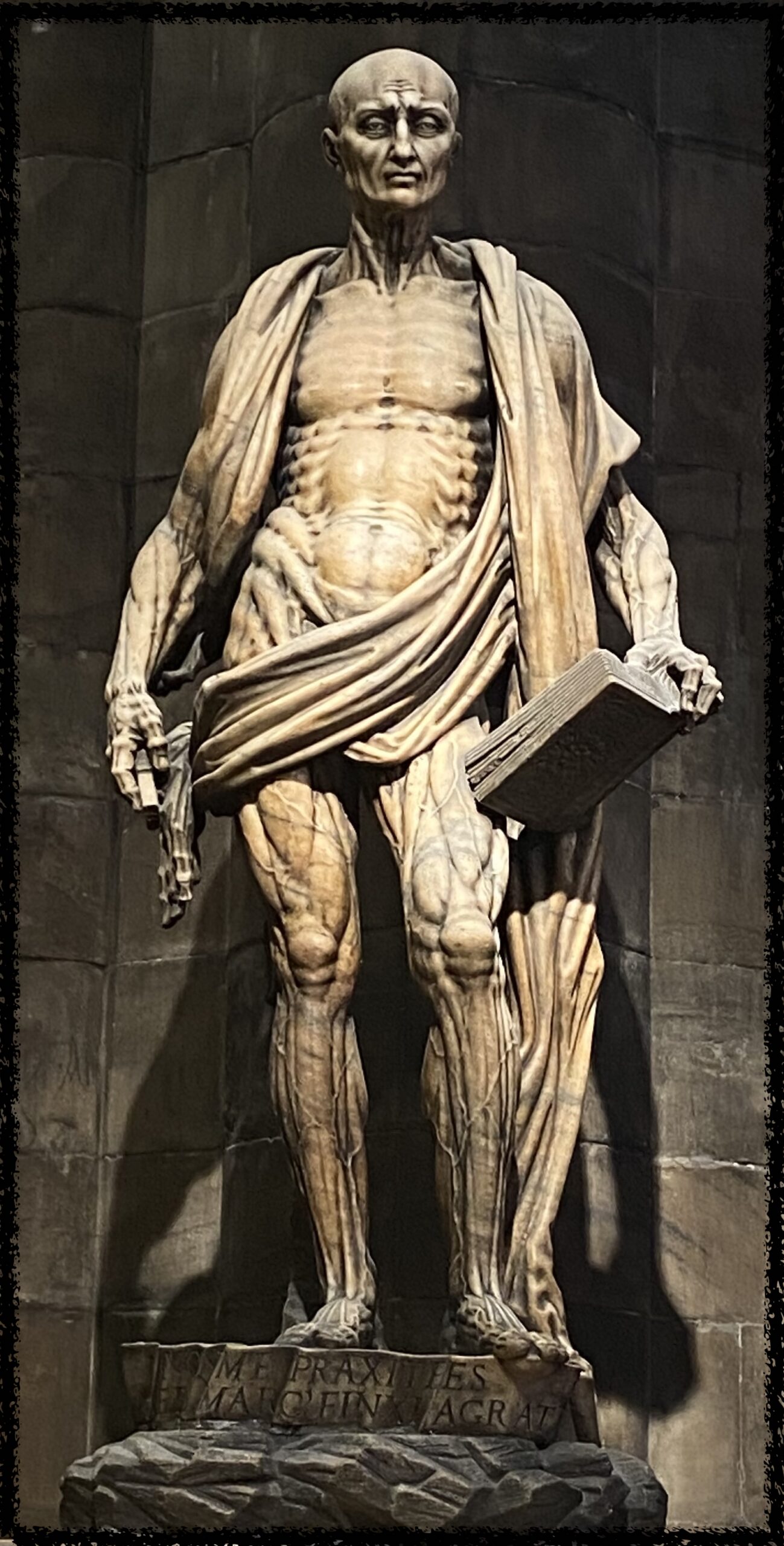 Considering the human body as a vehicle for religious expression is no where better explored than at Milan’s San Bernardino alle Ossa, a small church with an 800 year history, and just steps from the Milan Cathedral. In 1210, when an adjacent cemetery ran out of space, a small chapel was added to the church to hold the bones removed from their graves so as to make room for the recently deceased. With bones arranged in a manner both artistic and macabre, human anatomy is employed to reaffirm mortality and offer the hope of spiritual redemption. 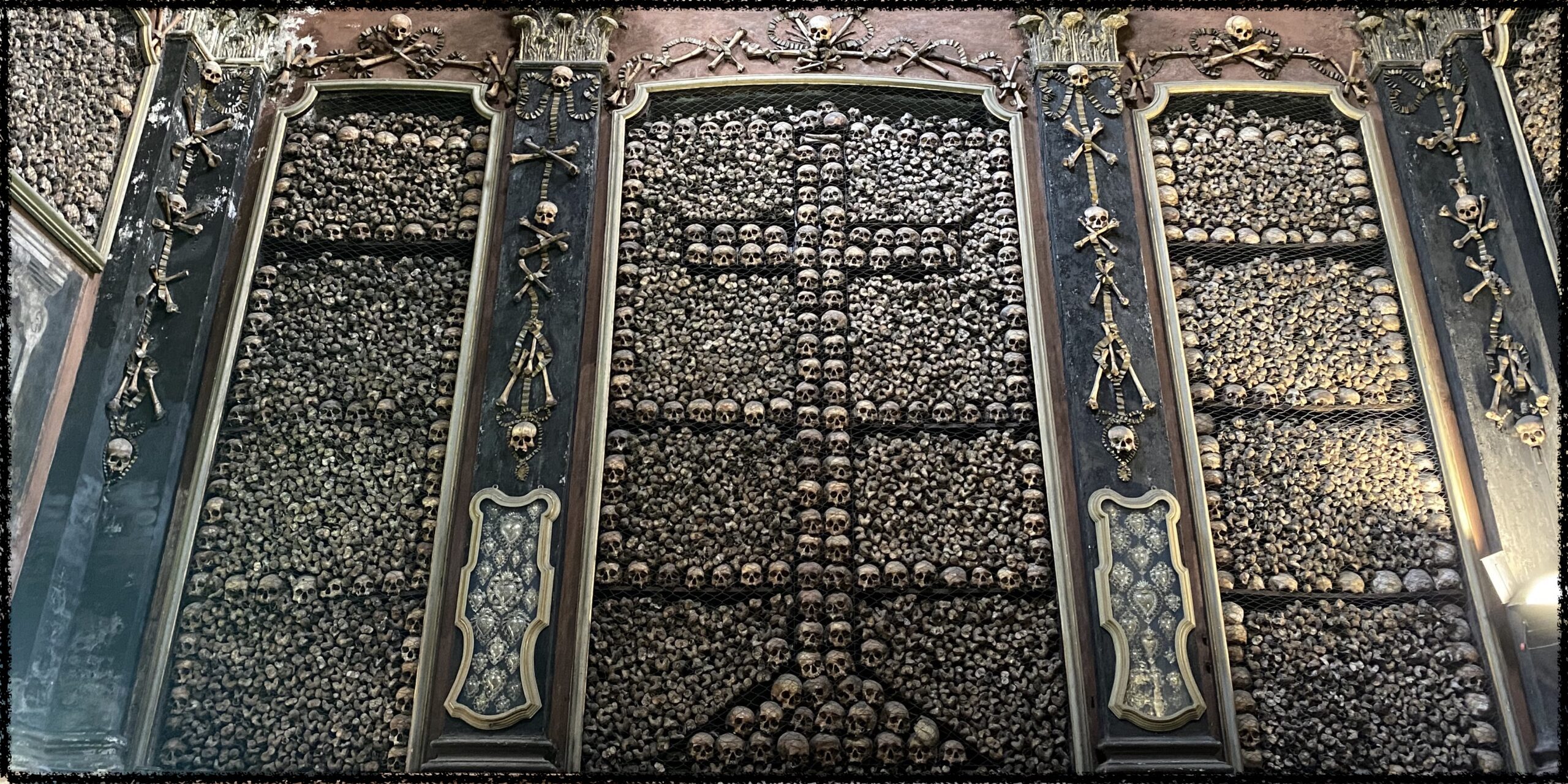 Cultural opportunities in Milan abound, such as a visit to the world renowned Pinacoteca Brera or Pinacoteca Ambrosiana for a stroll among some of the world’s most celebrated paintings such as The Kiss, by Hayez, the Lamentation of Christ by Mantegna, and Caravaggio’s Supper at Emmaus. Window shopping at the overwhelming Galleria Vittorio Emanuele is a must for any visit to Milan. This 19th century predecessor to the modern shopping mall is Italy’s oldest active fashion gallery and a major Milanese landmark. 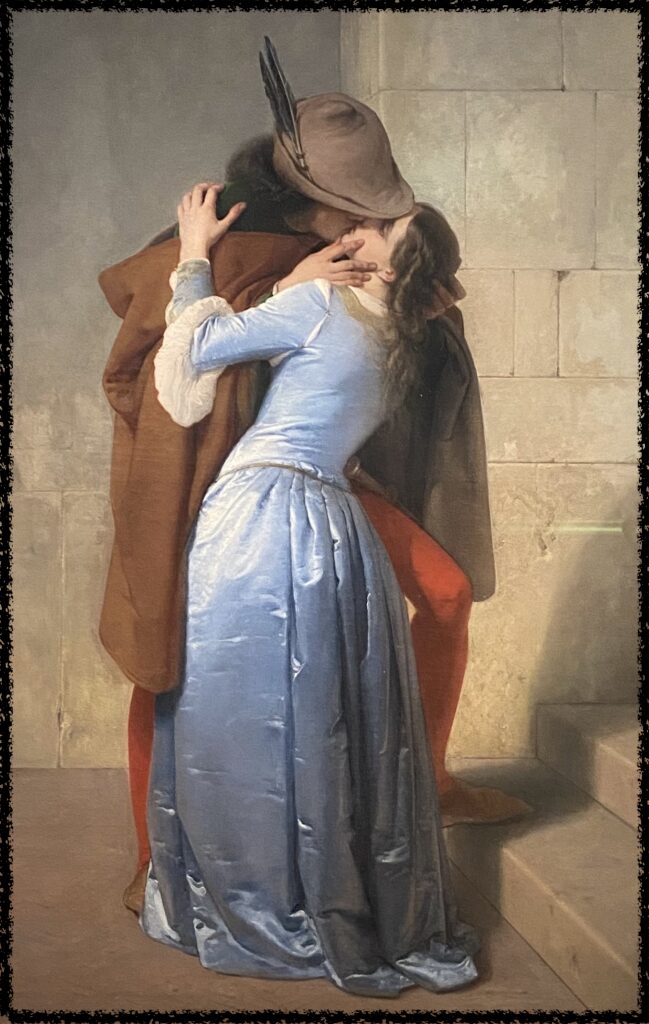 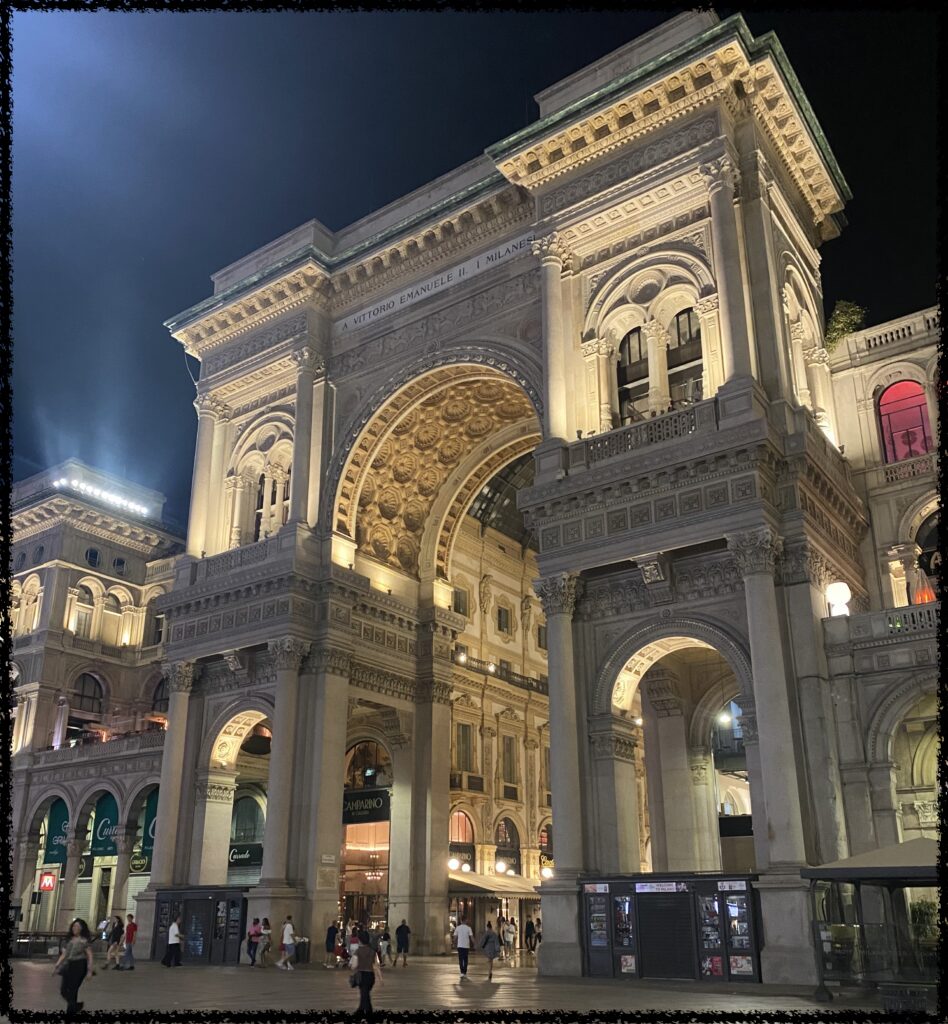 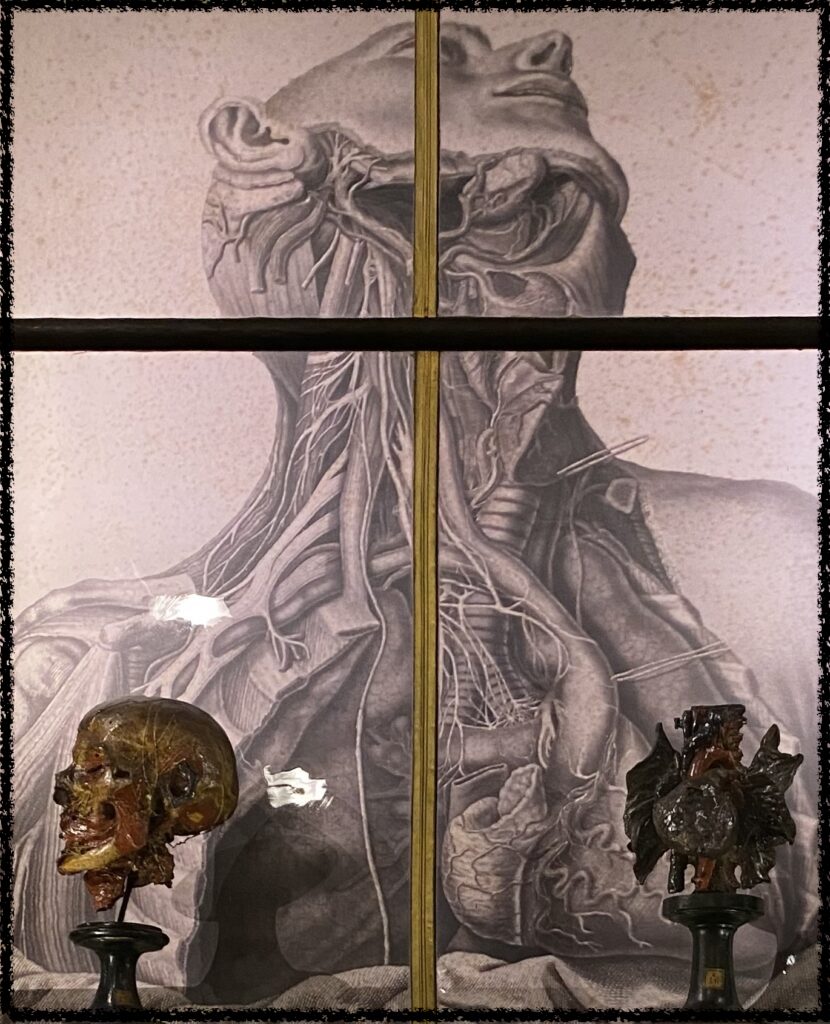 Anatomia Italiana del Nord delves deep into the history of anatomy at the University of Pavia, a mere 25 miles to the south of Milan. Dating to 1361, it is one of the oldest universities in the world, and was the sole university in the Lombardy region until the end of the 19th century.

This museum contains an impressive collection of historic, natural human specimens, wax anatomic sculptures, and early surgical instruments. To the shock of many visitors, displayed here also is Scarpa’s head, four of his fingers, and a dried preparation of his urinary system, all produced by Scarpa’s students who conducted his autopsy in 1832! 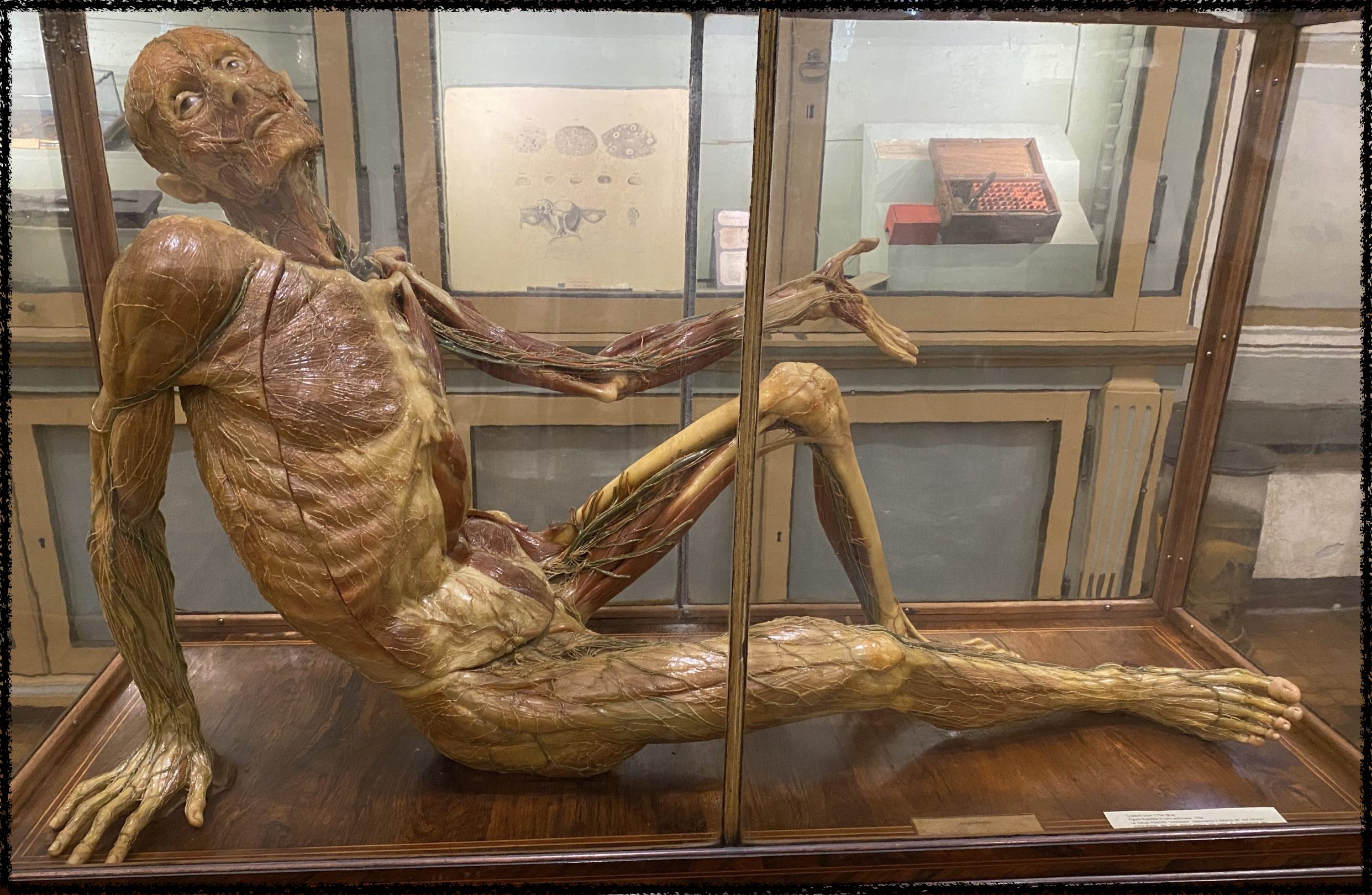 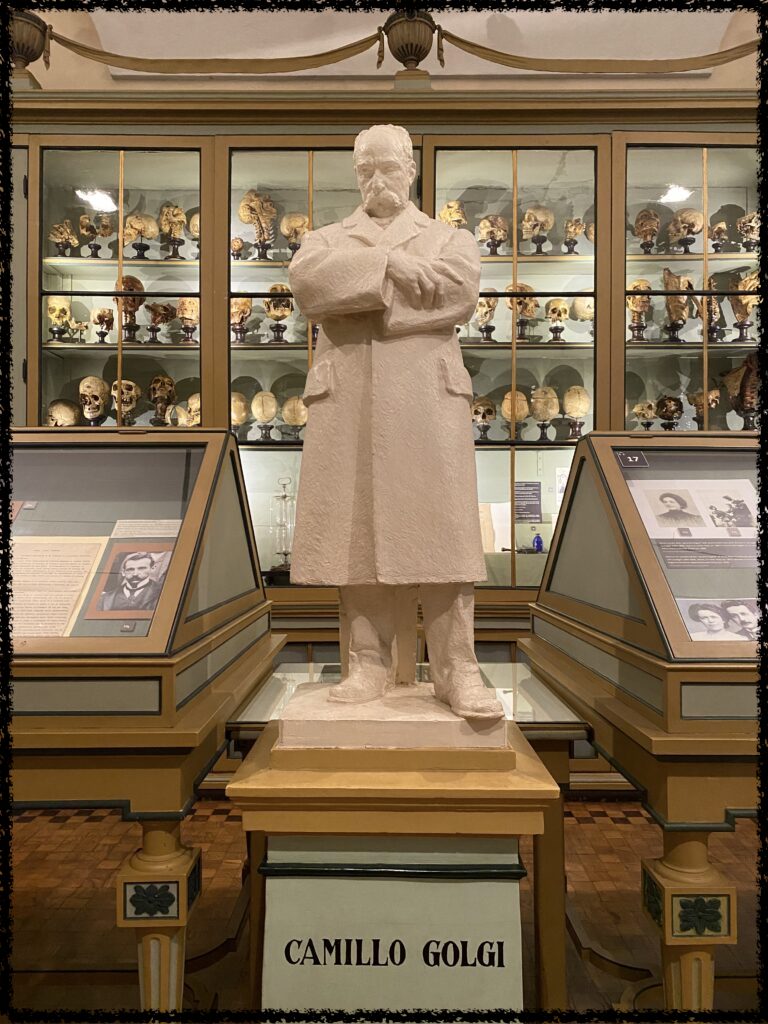 Camillo Golgi, both a student and professor at Pavia is also celebrated at this museum. Golgi’s anatomical discoveries include the eponymously named Golgi apparatus of the cell and the Golgi tendon organ of muscle. More profound however is Golgi’s contribution to histology by inventing a method to microscopically study neurons with a staining technique now known as Golgi’s method. With this procedure in 1873, Golgi published the first modern and accurate images of neurons, for which he shares a Nobel Prize.

Neighboring the Museum is the stunning Aula Scarpa, an anatomical theatre designed and utilized by Scapa himself in the 1780s. It’s astonishing to consider the secrets of the human body discovered in this very room. The design of this temple to anatomy is unique to Italy’s many anatomical theatres, as its ceiling is adorned with frescos of floating angels offering surgical instruments, yet another example of the Connection Between Art and Anatomy in Italy 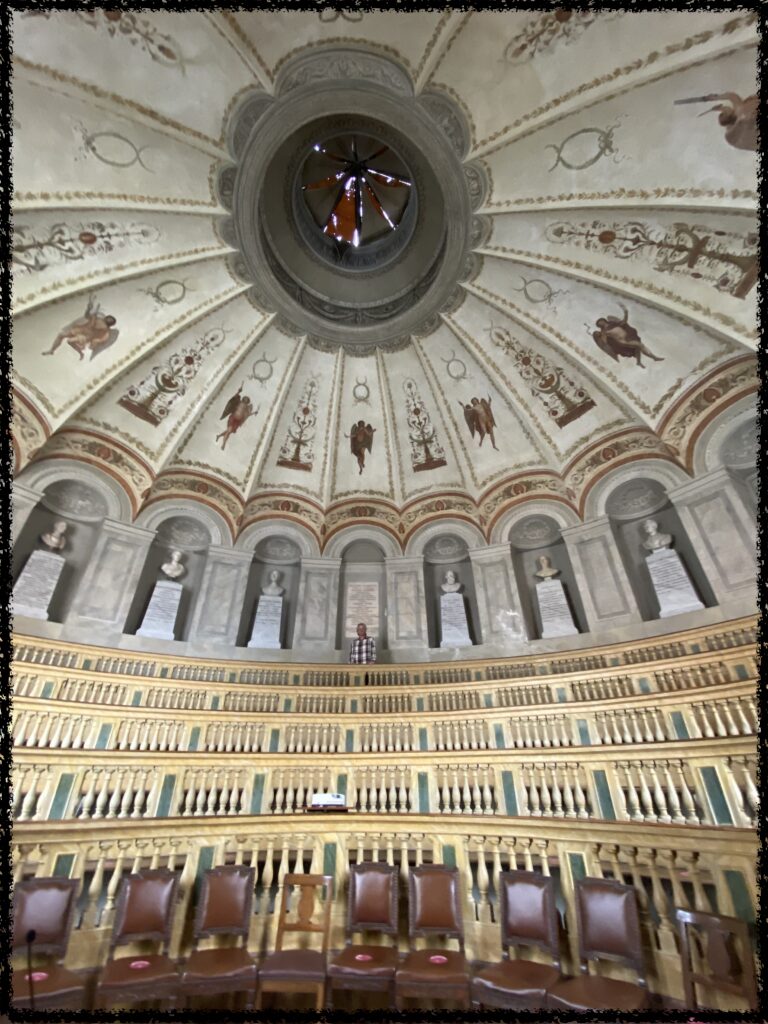 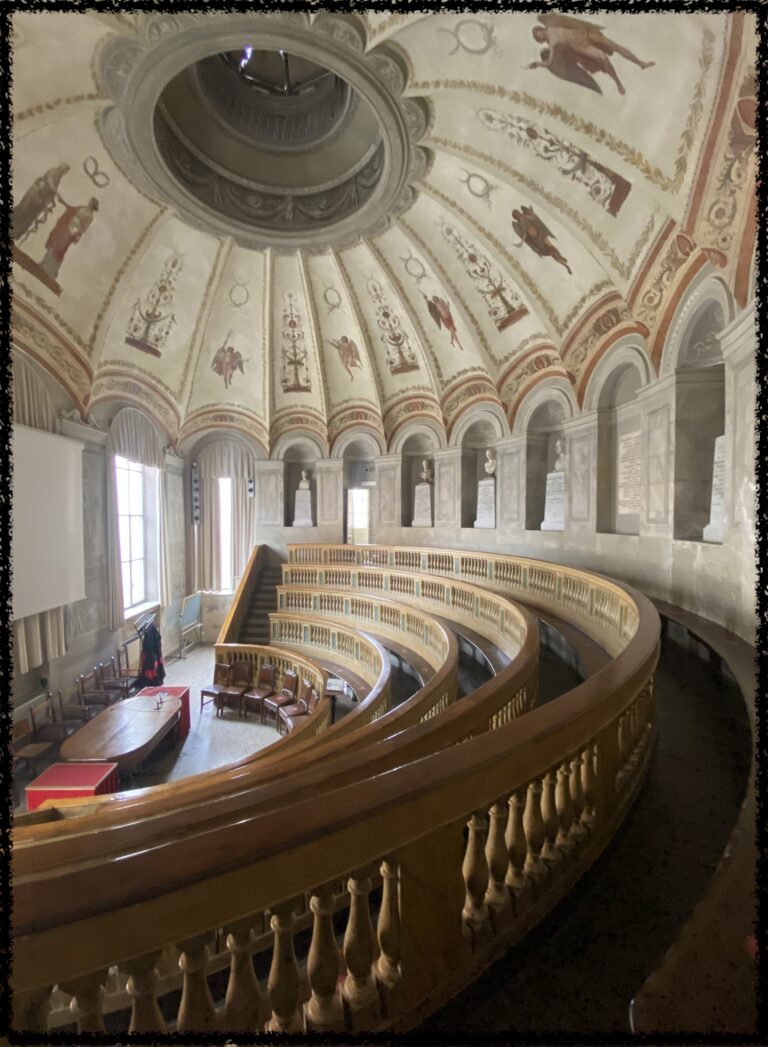 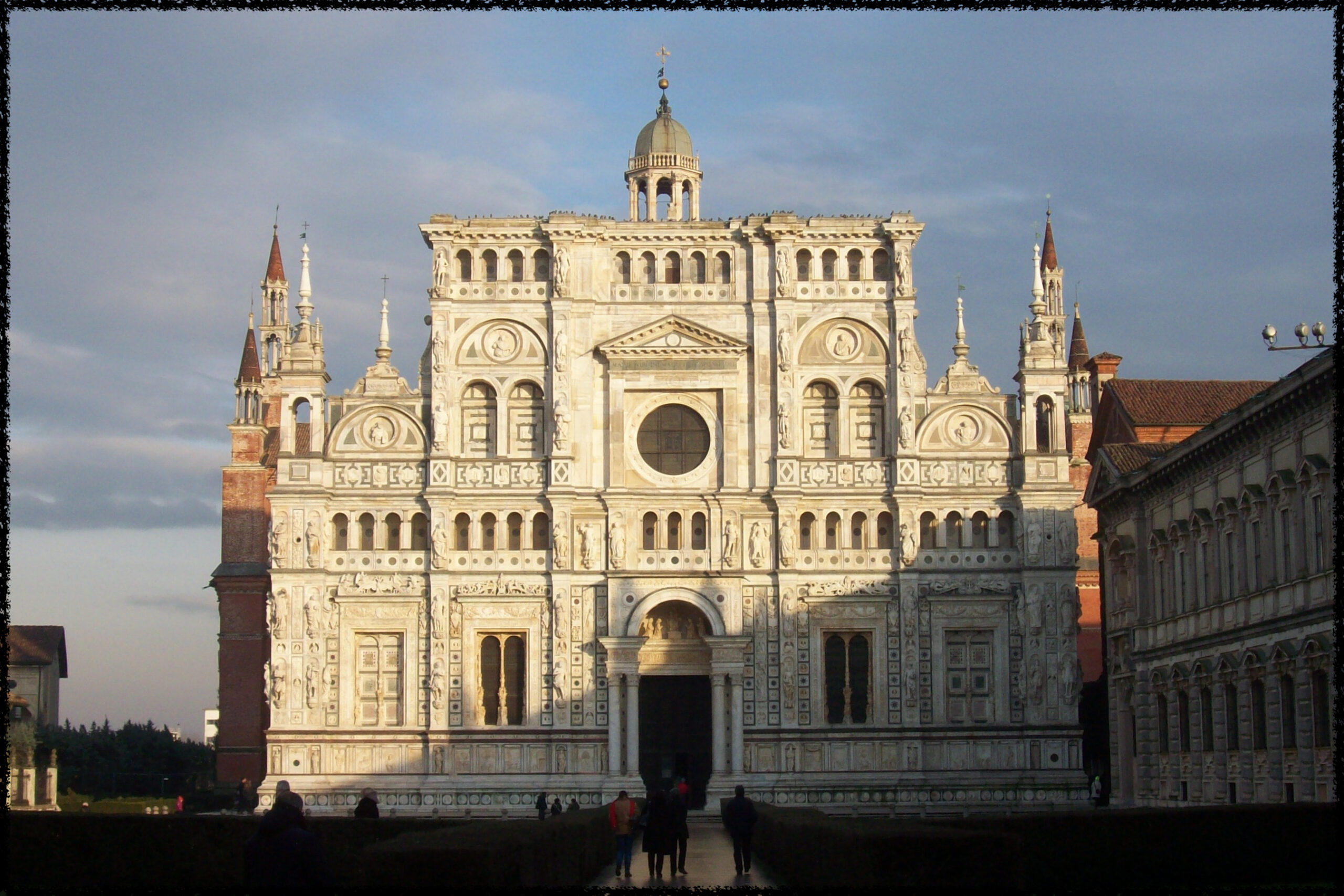 Cultural opportunities in Pavia include a visit to the incredible Certosa di Pavia, a monastery and church complex originally built between 1396 and 1495. Certosa is the Italian name for a monastic order of Carthusians founded by St. Bruno in 1044. Certosa are renowned for the exuberance of their architecture, in both the Gothic and Renaissance styles. 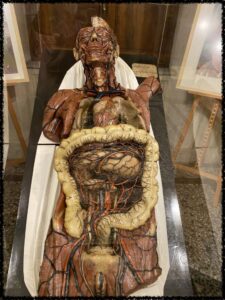 The capital of the Piedmont region, Turin was ruled by the House of Savoy from Medieval times, eventually becoming the first capital of the Kingdom of Italy from 1861 to 1865. Today Turin is a thriving city, ranking third in Italy after Milan and Rome for economic strength. Also a cultural and intellectual center, The University of Turin is a civic source of pride. Founded over six centuries ago, today it is ranked among the top five universities in Italy.

Anatomia Italiana del Nord will tour the Museum of Human Anatomy Luigi Rolando at the University of Turin, a recently restored and stunning collection of anatomical artifacts of dried natural tissue, wax and papier-mâché sculptures, plaster casts and more. Exhibits are dedicated to the likes of Filippo Pacini, who in 1831 discovered small sensory organs in the nervous system which can detect pressure and vibrations. He published his discovery in 1840, and within just a few years, the structures became widely known as Pacinian corpuscles, a term still in use to this day.

The cultural appeal of Turin also includes the 17th-century Royal Palace, the official residence of the first Kings of a unified Italy, as well as many other palaces and castles in the city centre and surrounding countryside. 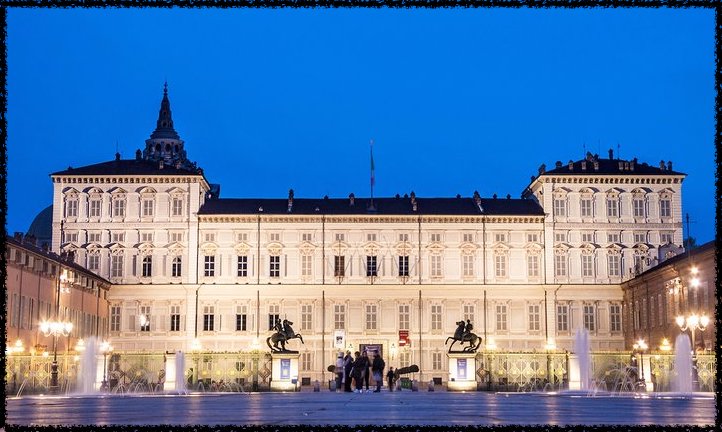 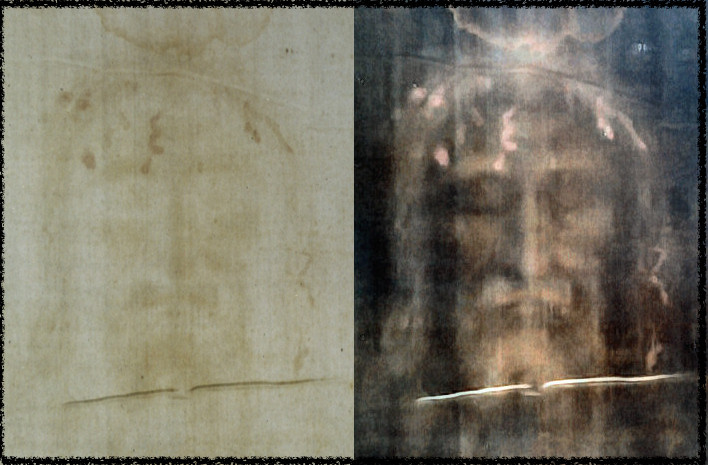 Other cultural sites include the Chapel of the Holy Shroud of Turin, believed by many to be the burial shroud of Jesus. The Holy Shroud is quite possibly the world’s most studied and controversial religious artifact, but despite extensive research, has never been proven or disproven to be the true shroud of the crucified Christ. Although rarely on display, a full-size replica hangs in the north aisle of the cathedral.

Turin also offers the Egyptian Museum, housing one of the largest collections of Egyptian antiquities in the world, and is a treasure not to be missed. And of course there will be plenty of time to explore the city’s historical cafés and chocolatiers, experience the ritual of the Aperitivo, and end the evening with a Vermouth di Torino.

The Piedmont Countryside and Lake Maggiore 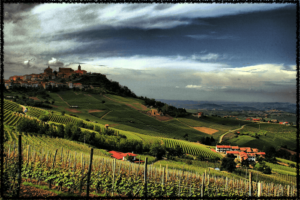 Anatomia Italiana del Nord also travels through the beautiful landscape of the Piedmont region, surrounded on three sides by the Alps and home to many famous wines and delicacies.

Wine aficionados will delight in Piedmont’s most famous varietal, Barolo wine. Produced from the nebbiolo grape, it is bold and full-bodied. As one of Italy’s greatest wines, Barolo must be paired with meat, heavy pasta, or rich risotto. Planned excursions include the Barolo and Barbaresco DOCG vineyards, the wild white truffles of Alba, the risotto rice fields, and the historic castles of Piedmont.

From Turin the itinerary continues to the beautiful Lakes of Northern Italy for a stay in Stresa on the shores of Lake Maggiore, known for its dramatic scenery set against the foothills of the Alps. Lake Maggiore has been a popular retreat for aristocrats and the wealthy since Roman times, with many artistic and cultural gems. There will be plenty of time to relax and enjoy this unique destination with a few excursions planned. 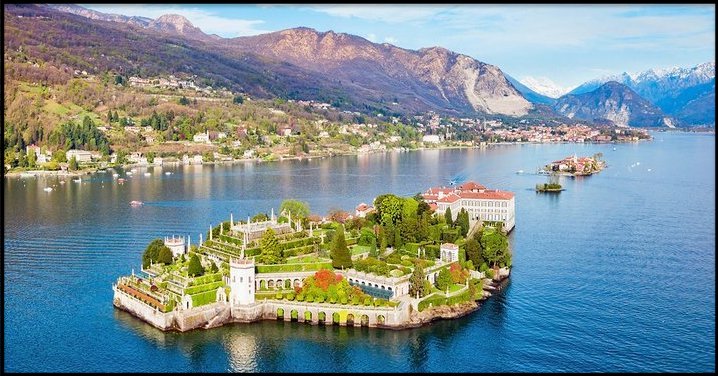 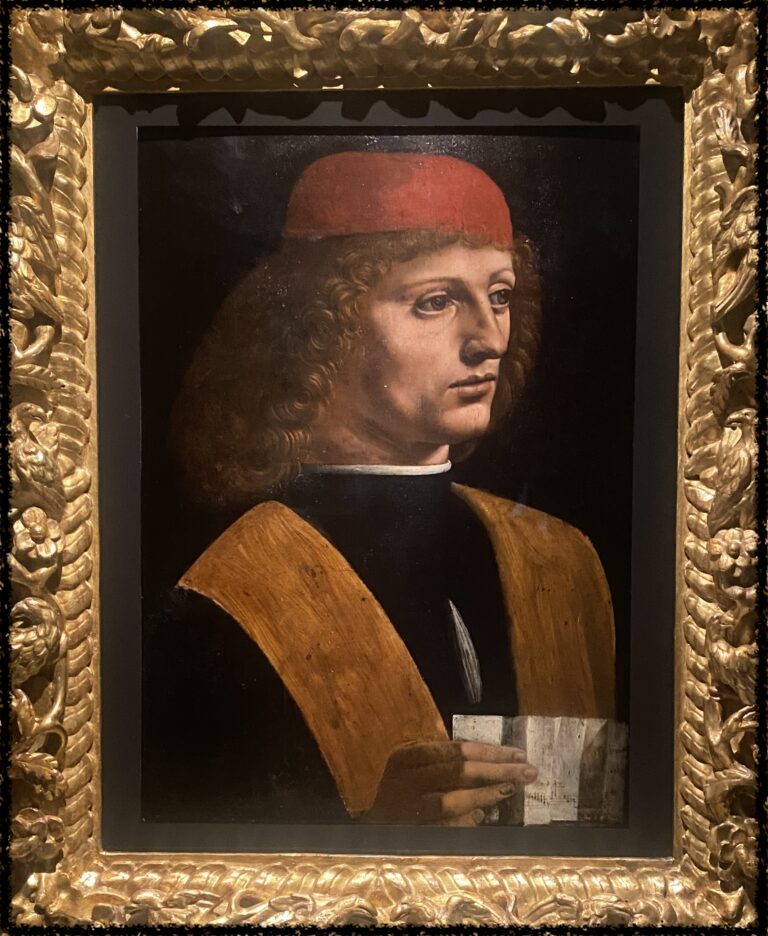 Anatomia Italiana del Nord is open to anyone interested in discovering the deeper layers of Italian culture. Educated travelers, lovers of art, students of science, and of course cuisine and wine enthusiasts are invited to participate in this once-in-a-lifetime opportunity! 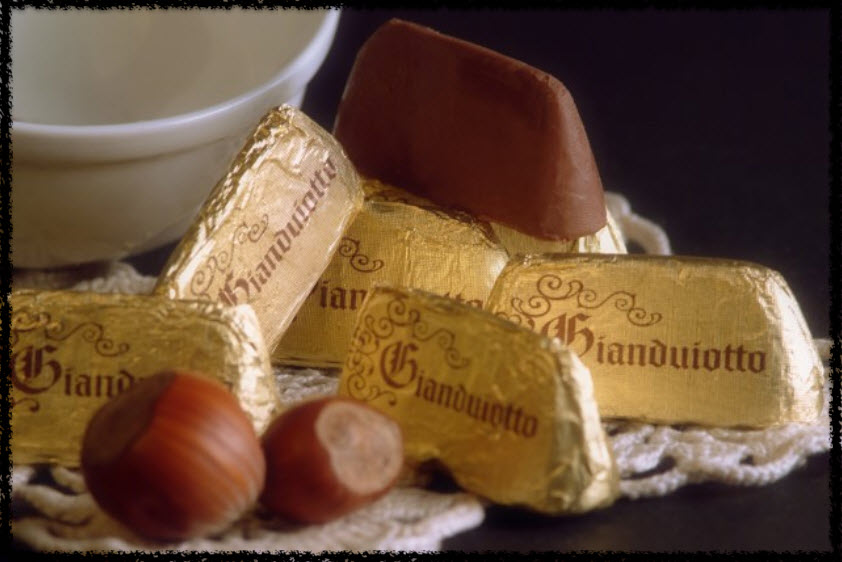 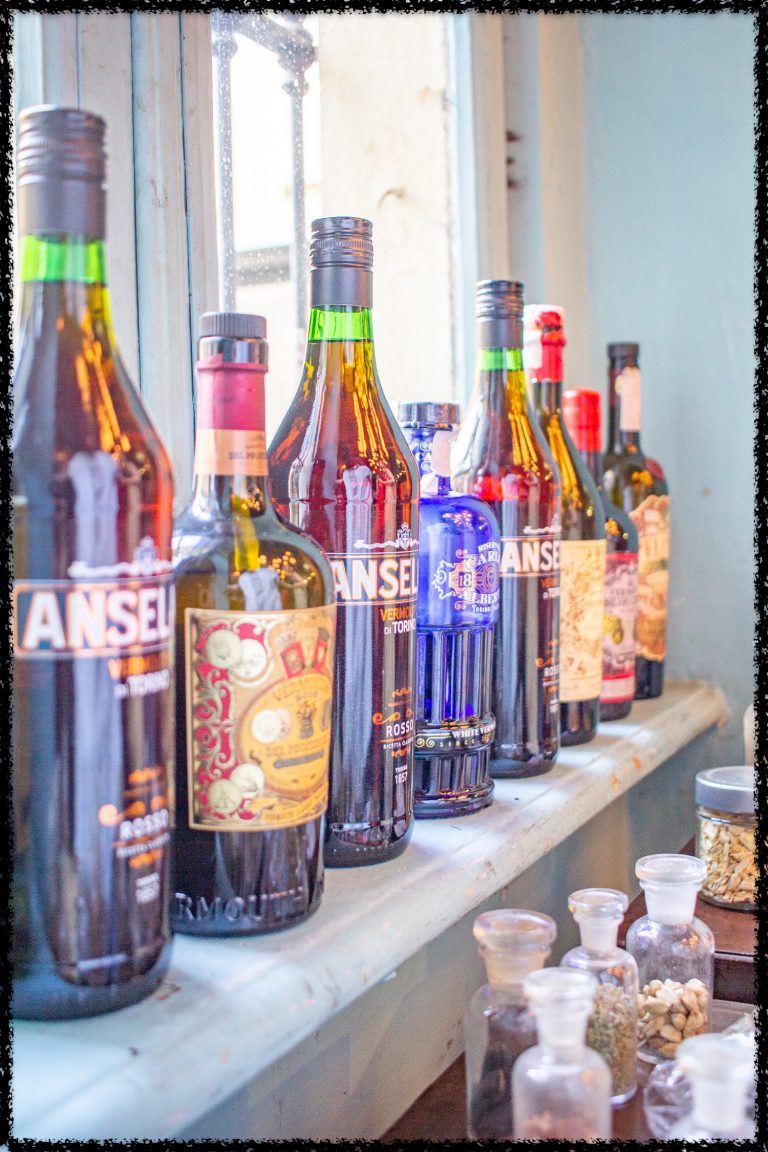 This itinerary is tentative and subject to change.